Everything is awesome as David Caballero smashes through the new Lego content which just released to the beautiful open-world racing game created by Playground Games. With the Xbox One X version of the game, he takes several Brick Challenges, unlocks the Lego Ferrari F40, and discovers that seasons change too in Lego Valley. 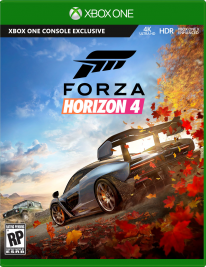 The Crew - Free Weekend December 5 to 8